Tag Archives: Quotes from the Masters-Ovid

Quotes From the Masters: Ovid 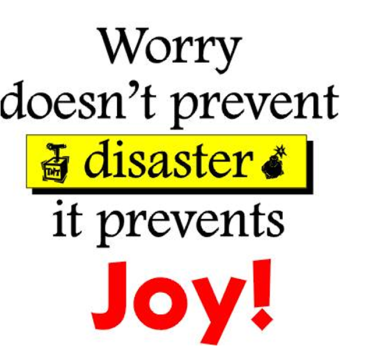 “Happy is the man who has broken the chains which hurt the mind, and has given up worrying once and for all.” Ovid

The first two –weeks after my daughter was born was my introduction to being a worrier. I worried whether she was eating enough. When she would sleep too long, I could not enjoy the peace; instead, I would go and check on her every few minutes to see if she were still breathing. My mother must have wanted to change her phone number, because I would call her at all hours to ask her questions.

Then, when my daughter began to crawl, I worried that she would find something on the floor that would hurt her.  I worried when she did not seem to want to pull herself up on the coffee table. I worried that she was not walking soon enough. Consequently, I spent most of her childhood worrying.

When I think back on all the worrying I did, I realize that all the worry actually kept me from enjoying the stages of my daughter’s childhood.  It is sad, because I will never be able to retrieve those moments again.

Breaking the chains of worry, as Ovid suggests, would make me a happier person.  However, it is hard to give up the habit of worrying. I have been doing it for so long.

The benefit of letting go of my worry often goes unnoticed in my daily life. I just know that I feel better. A kind of mental freedom washes over me telling me that everything is okay.  The air suddenly smells fresher, people seem nicer, and things just fall into place.

If I could take Ovid’s suggestion to let go of the worry and choose happiness, my world may be a better place.  At least my own piece of the world could be better. Maybe I should announce one day of the year as “Worry-Free” Day. On this day, I am not allowed to fret, to be inhibited, or agonize over anything. I am only to be concerned with living each moment fully and completely. I will not let the future or the past interfere with my day.

Just some musings. Thank you to Robin at Bringing Europe Home for giving me the Quotes From the Master – Ovid to help in getting my inspiration.